Was Art Weaponized During the Cold War?

It has been rumored for years, but recently its been proven that the CIA used artists such as Mark Rothko, Jackson Pollock and William de Kooning’s art were exploited as propaganda for the U.S. during the Cold War with Russia.

Although it seems unlikely, the modern art movement was used heavily against the powers of the U.S.S.R. as a weapon of free expression against oppression. Although originally disliked among many Americans including President Harry S. Truman who described modern art as “If that’s art, then I’m a hotten tot ( a member of the Khoekhoe group of peoples.)”, Modern art was the artistic trend of the 50’s and 60’s. Members of the FBI such as J Edgar Hoover and Joseph McCarthy had embarrassed America with it’s watch over free thinking, accusing many artists of being communists and a denunciation of everything avant-garde.

The U.S. and FBI were faced with a crisis, so the CIA were appointed to be the saviors of free speech. Although the CIA were first intimidated by this role as the protectors of free speech and modern art and music, it made sense that they could use this form of art as a weapon of propaganda to fight the ways of communism. The CIA pushed the creators of “modern art” to greatness with a long leash of what they would help advertise to help America be seen as a country that had true freedom. 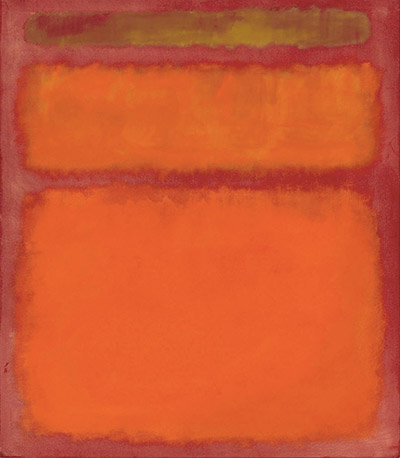 This Rothko toured around Europe to help share democracy’s ideals.

The CIA even sponsored art exhibitions and tours in Europe during the 1950s such as “The New American Painting” exhibition that toured every European country in 1958-1959. Even Millionaire Nelson Rockefeller was called in to help with paying for the movement since he had helped fund the Museum of Modern Art in New York City.

Overall, the avant-garde movement was a large success overseas as a movement in part to the CIA, who helped showcase it. The art, which we all now appreciate, helped share America’s ideals of free speech and spread the idea of what art can be to many different nations. Did it help bring down the U.S.S.R? Only the first hand accounts of Europeans can say whether it helped or not, but we like to think that free speech and artistic expression are what makes us who we are today.