Although Movies and TV will often glorify occupations such as cops, doctors and lawyers in suits, it’s not too often that artists are portrayed and when they are, lets admit it, they’re played as a bit off.

However, many times its the artists that end up being our favorite character from a movie or memorable episode and today, we’d like to celebrate them with a top ten list of our favorite TV and Film Artists! 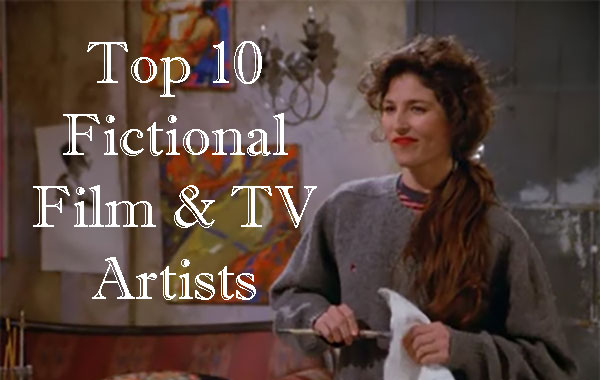 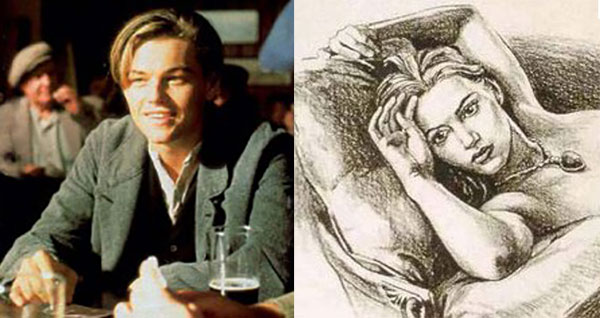 Although it’s fair to say that Jack Dawson was more of a drifter than an artist, it’d be a lie to say that the kid didn’t have any talent. In the movie, his sketch was responsible for the telling of a great romantic story aboard a large boat about another large boat. In real life, his sketch is responsible for a generation of young girls hanging leo posters on their walls and tons of guys signing up for art classes at their local community college. 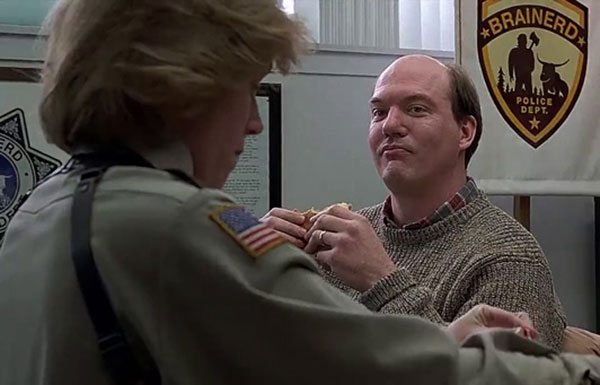 The supportive husband of Francis McDormand’s Marge Gunderson, Norm may have been disappointed that his mallard artwork was only selected for the 3 cent stamp instead of the 29 cent stamp, but in our opinion, that’s still pretty successful. Keep trying Norm! 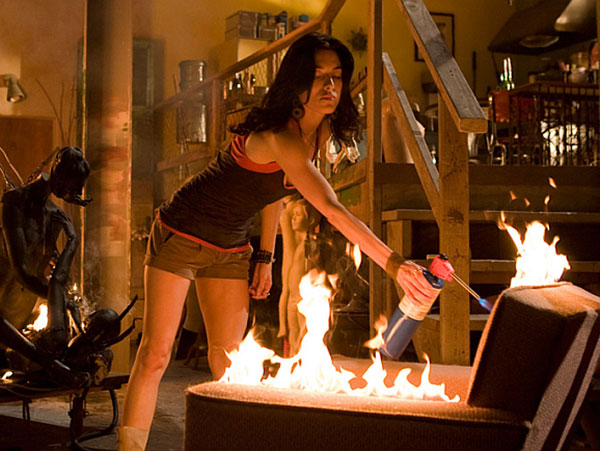 The artist we all loved to hate- she stole “art supplies” (an unforgivable sin in our opinion) and boyfriends, murdered her ex-boyfriend, and burnt down her own studio and killed one of the best characters in Season 2 (This last remark is subjective and some of us in the blog squad disagree on this), but Lila was definitely a memorable character and her artwork was extremely creative, and even if we feel a bit of rage at this one, she’s made it to spot number 8. 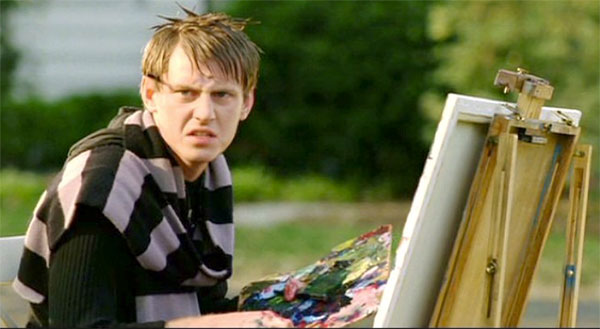 Probably most memorable for his midnight rendezvous with Vince Vaughn’s Character, we will always remember him fondly as the character whom when his father suggested he tried some competitive sports every once in a while, he replied “Will that make you love me dad?” We’ve all been there Todd, just keep painting.

6. Homer and Marge Simpson- The Simpsons

This one is an interesting one as we couldn’t add one without the other without feeling incredibly guilty (because we’re big Simpsons fans here). In season 2 episode 18 “Brush with Greatness” Marge revives her high school interest in painting leads to Mr Burns commissioning her to paint his self portrait with more than memorable results.

Homer on the other hand was an accidental artist in Season 10 episode 19 “Mom and Pop Art”, when the failed construction of a barbecue turns Homer into the hottest new outsider artist. Homer didn’t end up making much money off of his art but his piece did end up in the Louvre making his piece possibly the most successful…wait, should Homer Simpson be number 1 on our list? 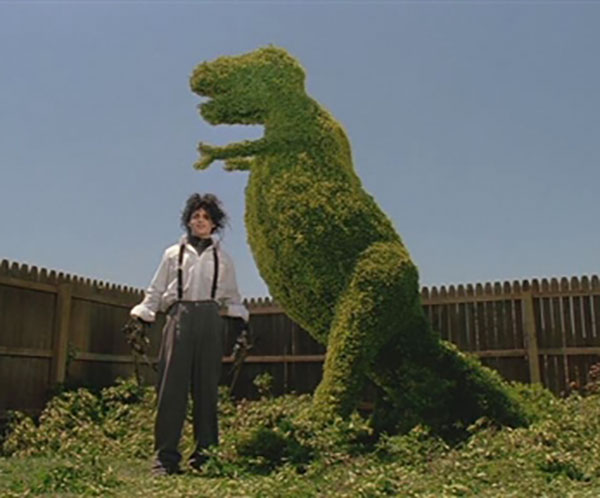 One of the more tragic characters for sure, but a great sculptor all the same. He might have been misunderstood and just couldn’t fit in, but his hedge, hair and ice sculptures left a lasting impression on us and the small town he lived in.

Although Jerry broke up with her, Nina deserves a place on her list because of the countless college students who have her painting on their dorm room walls. 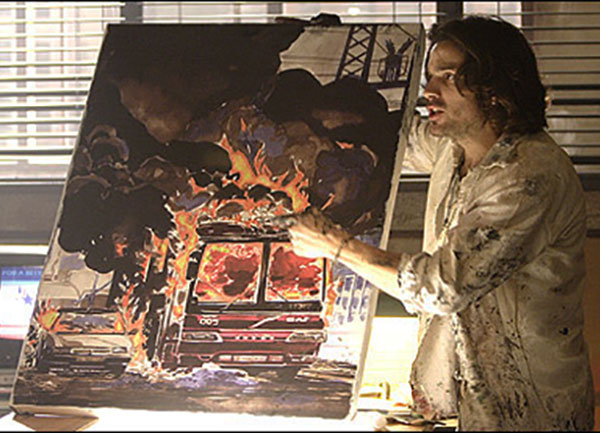 We know that if we had the ability to see in the future, we’d probably be running to invest all of our money in certain start ups or prepare for when the dolphins will inevitably take over, but you have to give credit to Issac Mendez who just had to paint whatever he saw. Got to give it to a guy who sticks to their craft. 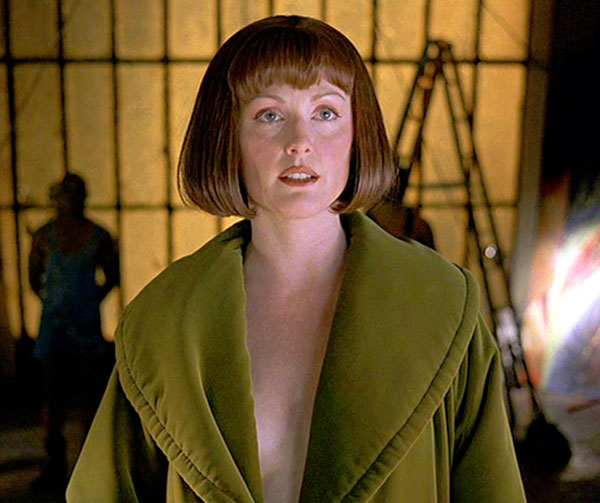 This feminist, straightforward, and avant-garde artist’s work has made some men uncomfortable but she when you see how she paints, you will know how she got to No. 2 on our list. She was also nice enough to buy The Dude a new rug. 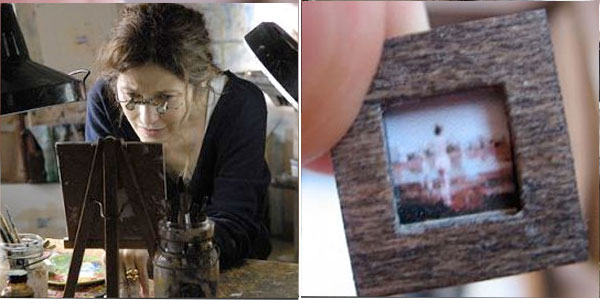 If you haven’t seen this indie film, go out and see it right now. Keener plays the wife of a man whose desire is to build one of the largest theater set pieces in existence while Keener herself plays a painter whose work is meant to be so microscopic that it can only be seen through a magnifying glass. Adele’s work continually garners incredible reactions from people while her husband fails to grasp what he is “not seeing”. The movie is quite deep and stirring and has been praised by reviewers. It is listed as #80 on the list of “The 100 Greatest Movies of All Time” by The Moving Arts Film Journal.

If you agree, disagree or feel that we’ve missed any great fictional artists from film or tv. Let us know. We love to hear what you think!