Karalyn and Company-Breaking Into Comics with Jamal Igle Part 1

For every free gig I do, I usually get two paid gigs just by knowing how to market myself -Jamal Igle

“One thing I believe I should say is that making a living as an artist is about as likely as getting hit by lightning, then again there is always going to be a market for your art. You know, I see a lot of people out there just to break into the comics business that are making no money doing it, yet they don’t always want to take a chance on working for the possibility of money. Some have been burned,(I think we all have been there) some feel that shouldn’t have to do “the leg work”, some feel that they are already a credible and sought after resource and someone should just come up and dump a big pile of money in their lap. 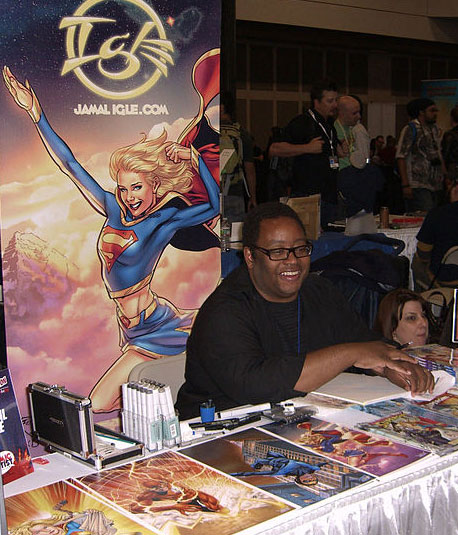 If you’ve been hemming and hawing about whether or not to do something for free or for backend pay, ask yourself a simple question…”Will I be better off, worse off, or the same, from doing this a year from now?”

If the answer is better off, or the same, or even “I don’t really know”, chances are you should probably give some serious thought to doing it. Maybe it doesn’t work the same for everyone but for every free gig I do, I usually get two paid gigs just by knowing how to market myself. So why not do free gigs all the time? Well simple, if I got two paid gigs let me get those done, and if I get two more…and so on.

Right now I have enough commission work to last me until about Christmas time I think, which isn’t that much. But I’d like to get done sooner in order to get more work.

That being said, I hope that you do make a connection of some sort here and you do work on something even if you make little or no money off it. I guarantee the end product WILL contribute to your growth as an artist in one way or another. Unless of course you take the easy route and your end product is nothing. Breaking into comics means more than just drawing some things you like or think are cool and hoping someone will buy them. 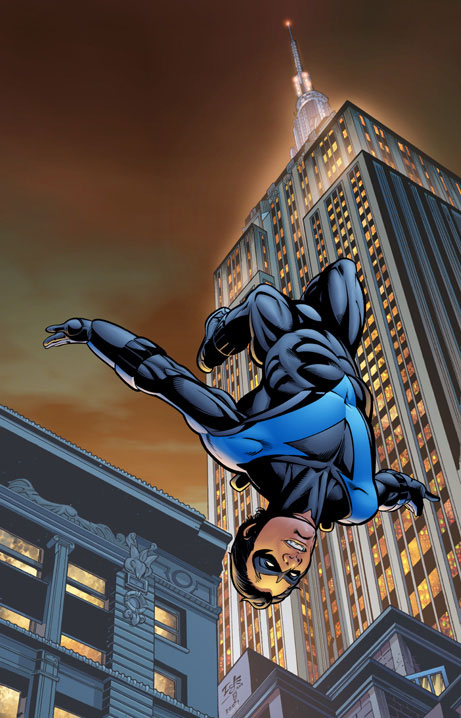 An average writer working for the big two (DC Comics and Marvel Comics)… and I’m saying AVERAGE writer…makes about 2 grand a book. The average writer has one book, and maybe at times gets a second title if lucky. Break that down to 500 bucks a week…before taxes. So lets go as far as saying they have two books a month…and remember, 90% of writers make no royalties…this person makes about 48 grand a year…before taxes. Not working for the big 2 and it’s MUCH less. We also pay our own medical coverage, because the companies don’t. After taxes, medical and so on, this person makes around 32 grand a year writing 2 books for the majors. Does this make sense or just plain scare most of you?

Writers, the writing part is easy. It’s the struggle that will define your career. Keep on truckin.”