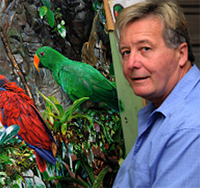 Stephen A. Jesic was born in 1951 in Albury, New South Wales, Australia. Although showing artistic talent from his youth, Stephen was thwarted in his ambitions to be a painter as his traditional European parents felt it inappropriate as a serious career. He first undertook an apprenticeship in Instrument Making and Repairing from 1969 to 1974, followed by further training from 1974 to 1983, eventually becoming an Electronic Service Engineer and a Product Specialist. As an Engineer he worked in the fields of Industrial, Bio-Research, and Bio-Medical Instrumentation. 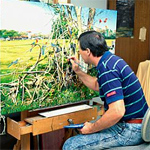 In those years Stephen began private study in painting, working successively with three professional artists between the years 1970 and 1982, while refining his interest in the observation of landscape, fauna, and flora. 1983 was a major turning point in his life as he was then able to devote himself full-time to painting. Now, more than twenty-five years later, he has exhibited his work extensively in his native Australia and become celebrated not only for his extraordinary depictions of wildlife, but for his phenomenal technique in bringing animals to life. 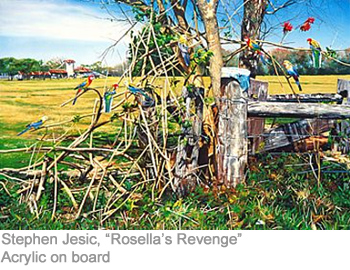 While his early work was in oils, beginning around 1984 Stephen began experimenting with acrylic media. His scientific background enabled him to develop innovative techniques in their use, allowing him to render the finest detail, while at the same time suggesting an atmospheric setting for his subjects. He has lectured and written about his acrylic painting techniques, which have been featured in such prominent magazines as Australian Artist Magazine and The Artist’s Palette. 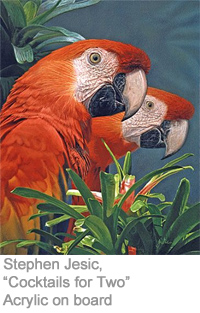 A second turning point in his career occurred in 1990 when he entered his first major acrylic conservation-based painting, Rosella’s Revenge, in the $50,000 “Wildlife Art Prize” competition sponsored by James Hardie Industries. The painting was selected as a finalist and included in the national tour of the exhibition. The focus of Stephen’s painting soon became the link between conservation and the preservation of endangered species and since that time he has concentrated solely on the depiction of wildlife. Like the great naturalist-artists of the past, Stephen studies his subjects intensely, and his paintings are as much individual portraits as they are scientific representations of the species seen in their ever-decreasing native habitats.

His extraordinary acrylic painting technique and recent depictions of parrots and macaws has drawn the attention of the Australian fine art materials company Matisse Derivan, the producer of the acrylic paints that Stephen exclusively uses. They now feature his techniques on their bi-monthly internet newsletter and are using his images of exotic macaws in the packaging of their Primary Colour Set of Structure Formula Acrylics and Mediums, newly available in the United States. 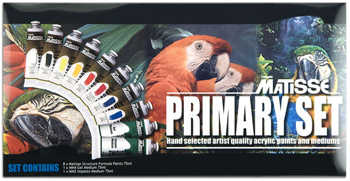 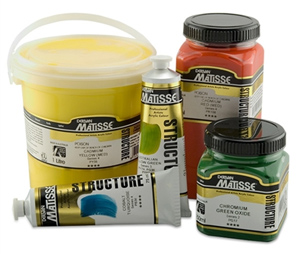 Recently, Stephen Jesic’s painting “The Matriarch” was selected for the 51st annual exhibition of the Society of Animal Artists. Stephen used Matisse acrylic colors for this award-winning piece; his personal favorite acrylic paint. 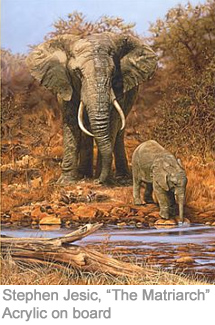