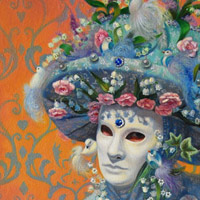 Congrats to our Winners! Our most recent Charvin Painting Contest- the 2015 Charvin Winter Painting Contest was unarguably a resounding success! We have received so many amazing entries from our talented artist friends and customers that picking winners was incredibly difficult. But after a couple of rounds of voting, we’ve picked through the all of….. 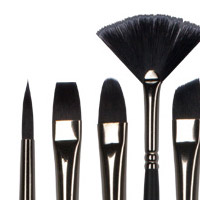 Experience the Softer Side with Black Swan Brushes

The Animal-Friendly Alternative to Red Sable Brushes If you’re looking for an animal-safe, synthetic brush that offers the same results as red sable fur, Black Swan Red Sable Synthetic Brushes are soft and resilient brushes that can be used with all wet media! Created with finer synthetic filaments and stiffer filaments that are placed along…..

Creative Inspirations Brushes are the next Evolution in Paint Brushes   Wooden brushes have been the standard for paintbrushes for hundreds of years now. A fixture of any professional painter’s studio-the container filled with the messy paint splattered brushes looking like this: Brushes are often the first thing to go in any artist’s studio. If….. 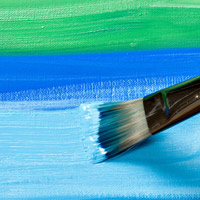 It’s a Gouache, it’s an Acrylic, it’s…Turner Acryl Gouache! Although acrylic colors are very versatile and have been employed in more uses than any other type of paint, they still are lacking something, they have been missing the opacity and matte properties of gouache. If you were looking to get those matte and opaque….. 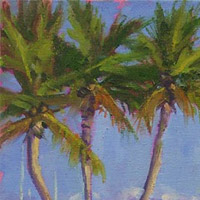 Here’s a three step list of things that are guaranteed to make you a better painter. Paint. Paint. Paint. There’s no substitute for painting. Reading about it won’t do it, watching DVDs incessantly won’t do it, and taking workshops one behind the other won’t do it either. If you would challenge yourself to paint….. 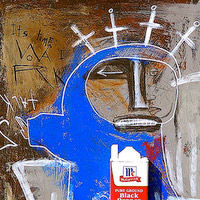 My Creative Process from The Me Nobody Knows (TMNK)

Salt and Pepper 18″x24″ Mixed Media on Masonite 2009 I was asked recently about my creative process as though I had some formula for coming up with my paintings. For me, each painting is a unique journey, a planned, yet unexpected accident. I knew where I was trying to go, but how did I end…..