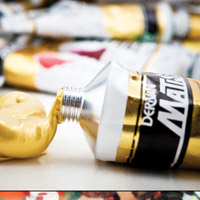 Win big with Jerry’s this Fall! This Fall, Jerry’s Artarama announces two new painting contests from SoHo and Matisse Derivan. Now you have the chance to win up to $2,250. Enter today!   2014 Fall Matisse Derivan Painting Contest Acrylics Since 1964, Derivan has provided artists all over the world with fine acrylic products, including…..