In the spirit of a special event such as the FIFA 2014 World Cup bringing the world a little closer over a love of Soccer, Jerry’s Artarama decided to commemorate the event with a painting by one of Jerry’s own resident artists and product tester Amy Gardner Dean. 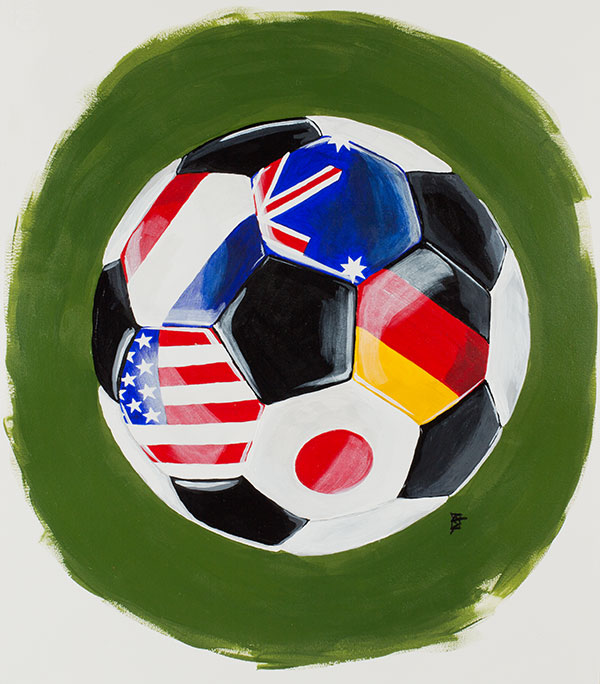 Just as the World Cup brings together teams from countries all over the world and unifies them under the goal of a world wide Soccer Tournament, Jerry’s Artarama‘s goal is a similar one: to bring together paints and art products representative from all over the world. 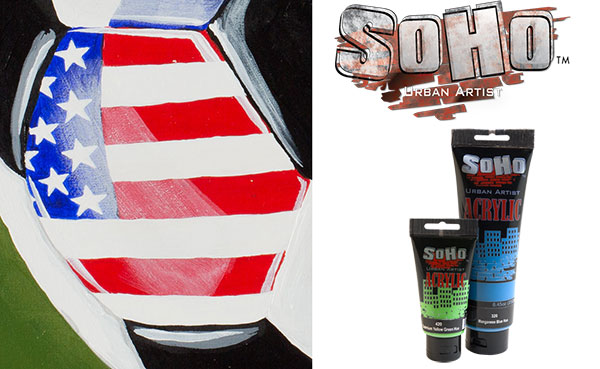 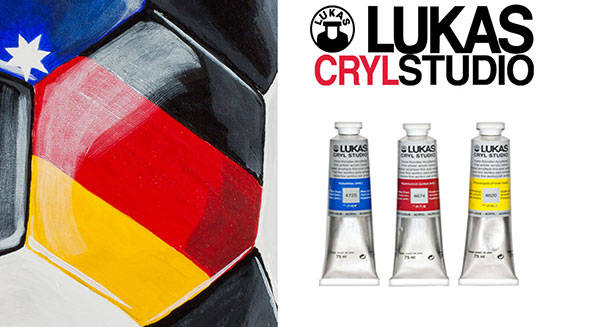 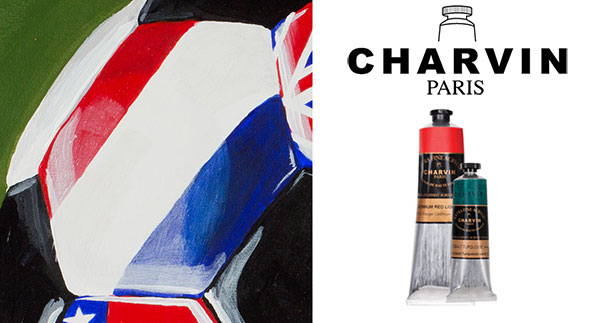 Jerry’s Artarama has a long history of searching the world over for the best art supplies on the planet and we will travel any distance to bring our customers amazing value and the best performing products and supplies. Although, it is when the world comes together for an event like this that true cultural exchange occurs and for a brief moment, the world becomes unified with friendship, good affection for one another and friendly competition.

To learn more about the World Cup and artwork commemorating it from all over the world, be sure to check out our own Splatter article 2014 World Cup Art