The Refreshing Art of Entrepreneurship by M Theresa Brown 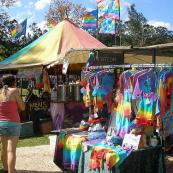 They started early in the morning, long before most of the tourists were up and about. From the balcony of my sixth floor room I saw the sellers park in the distant empty lot by the ocean and trudge through the sand with their goods. A few hadÂ  umbrellas. They needed the umbrellas on this beautiful but hot sandy strip of shoreline where theÂ  Sea of Cortez mingled with the distant Pacific Ocean.

Cabo San Lucas resorts in Mexico are justly proud of their pristine beaches and go to unusual means to keep them beautiful, clean and safe for the huge tourist industry. There was a low rope stretched across the entire length of the beachfront property with guards posted at either end to keep the sellers from harassing the tourists. But of course if the tourists stepped over the ropes and went to the sellers, well, what could one do?

Virtually anything they thought that tourists would want from Mexico was being offered for sale. Wood carvings, scarves, woven textiles, straw hats, jewelry…some was souvenir junk.Â  But some of the sellers were the artistsÂ  and they had some beautiful silver jewelry and painted carvings. They would sit patiently all day behind the rope barrier and wait for curious tourists to come to them. Some would walk the beach holding up their goods and waving them to catch the attention of diners on the terraces.

When I stepped over the ropes, I was in their territory and they all saw, with certainty that I was indeed a buyer.Â  Their initial prices were high but they had learned that what was “too much” for one buyer, was nothing to another. They had nothing to lose so why not start high? Everything was negotiable. What I found myself admiring was not so much what they were selling, it was the persistence and perseverance that I admired.Â  I knew that this scene was being played out virtually everywhere, someplace, in the world. People and artists who needed the money and would tackle the public every day in the hopes of bringing in a steady income.Â  No embarrassment, no excuses. They all gathered around me because it was just possible that after I bought from one, I would buy from another. They did not sit quietly hoping to be noticed. They made sure that I knew they were there! The transactions were energizing, flat out fun and an inspiration to reticent artists everywhere.

There is a direct correlation between need and motivation. None of these artists had motivational issues.Â Â  Excuses did not enter into this picture. They had families to feed,Â  bills to pay and they were delighted to have buyers.Â  None of them pondered the academic world of artist angst. None of them wondered if they were “one with their art” or if they were feeding their souls or growing in their art.Â  They created their art. They sold their art. The sales paid their bills…..and for them, that meant life was good.

So why do we, as “educated” or trained artists, make the whole process so introspective and complicated?