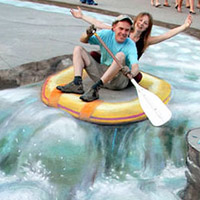 The Best of Sidewalk 3D Art

Just When You Thought it was Safe to go Outside… This 3D Street Art will blow your mind! 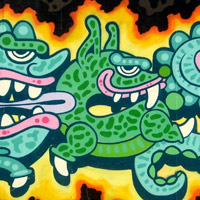 Why is Graffiti Dead? by Miles Wickham

Maybe cuz….. Of all the well known and skilled graffiti artist in the world, which is in the thousands, there are a handful that I still to this day are admired for their uniqueness. Since graffiti is a limited artform in the sense that it is confined to an alphabet,  it can be easy for….. 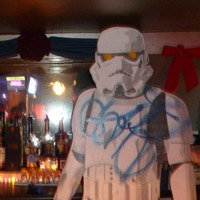 As many of you may know, this past weekend was Art Basel, an epic art show that takes over Miami.  The who’s who of the art world were all there.  One of the most controversial names in street art, Mr. Brainwash, had an installation on Collins Ave.  On the balconies of the outside of the….. 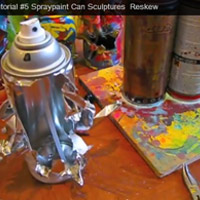 I came across a video on Youtube some year’s back that was a little documentary on an artist who used his old spraypaint cans to create sculptures. It looked like fun and a good idea to put the trashed cans to use, so I tried it myself. Over the years ive figured out a few….. 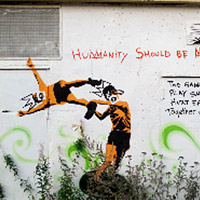 Another Street Artist Sells Out? by TMNK

Some would say to be a “real” street artist, you have to keep it real in the streets. In other words, constantly doing bigger, riskier more provocative works in public and private spaces. But the minute that artist experiences any sort of financial success for his or her art, he or she is labeled a….. 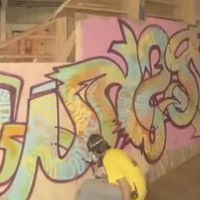 Looking back at all the frustration I went through learning how to do graffiti on my own, discovering techniques incrementally over a course of 10 years, I felt that maybe I could help shorten that time for others by sharing some things I have learned. Over the years I’ve come across many graffiti artists who….. 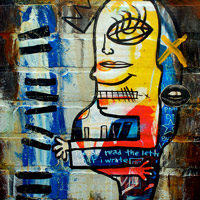 Inspiration vs. Imitation by The Me Nobody Knows

I have been inspired by a host of artist’s both living and dead, whose works made me stop and think about my creative process, or how I might create art a bit differently than I had before. My work at different stages/periods  have reflected the influences of artists such as Picasso, Romare Bearden, Francesco Scavullo,….. 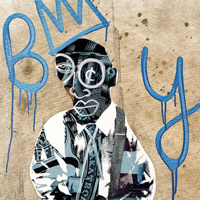 The streets are talking, and a NOBODY like meÂ  is not only listening but is adding to the conversation with a unique and compelling style of art I call “URBAN DERIVATIVES.” Not content with simply “getting up” on walls and having my work seen and appreciated by the masses. And, while many find inspiration from….. 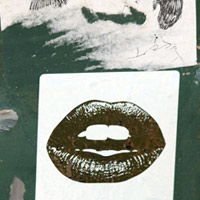 So YOU Wanna Be a Street Artist by TMNK

Leave it to a NOBODY like me to alter the face of street art (wink). Why should it be all about getting up, having YOUR work seen, promoted, discovered in the streets? Where’s the fun for people like YOU? Okay, granted many of you donâ€™t relish going out into the dark of night with wheat….. 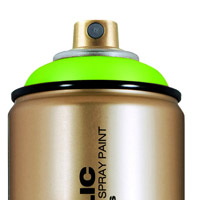 Who Says You Need to Know What You’re Doing?

My friend Heather and I, collectively known as Heather Squared, took some time to play!  We got out some Montana Gold Spray Paint  and Montana Hardcore Markers, placed down a tarp and got to work.  We had absolutely no plan and no idea what we wanted to make.  This was purely about having fun with…..