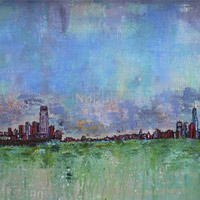 Nathalie Kalbach is a self-taught mixed media artist. She was born in Germany and lived most of her adult life in Hamburg before moving to the United States in September 2013. She now lives in Jersey City, NJ. Nathalie’s early love of paint was squelched by an art teacher who told her she had no….. 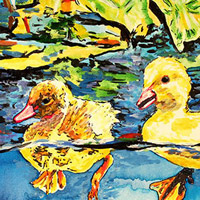 After Going Blind, Artist Uses Texture to Complete Beautiful Paintings In 2001, as a result of Epilepsy, artist John Bramblitt went blind. Now, while it is easy to see how blindness could ruin the career of a visual artist, going blind was actually the catalyst to begin his career as a visual artist. His art….. 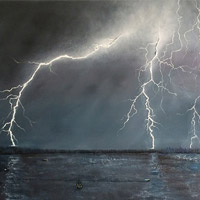 A Round of Applause for these Wonderful Winners! We had some great entries this year for our SoHo Urban Artist Spring Art Contest. The rules were simple, use SoHo products and show us what you can do with them, and I must say: Our Artists delivered! Our voting period was intense with a jury of….. 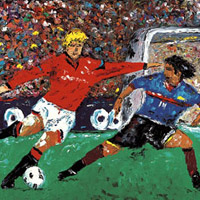 Premier Sports and Entertainment Portraitist has painted Jordan, Jeter, Manning and many more  Born in Fort Meyers, Florida in 1979, Justyn Farano‘s passion for sports and art began during his childhood as he started oil painting at the young age of 13. Influenced by sports-artists such as Stephen Holland, Farano’s art has evolved into it’s…..

Do Canvases Breed in Dark Closets?

Do Canvases Breed in Dark Closets? You Decide! Dryden Art and Canvas Keepers – Get Organized! The ultimate organizer for studios, classrooms, galleries, museums and more! Disorganized artists, rejoice! The Dryden Art and Canvas Keepers are your perfect solution — so it’s time to get those half-finished paintings and raw canvas off the ground and…..