Premier Sports and Entertainment Portraitist has painted Jordan, Jeter, Manning and many more  Born in Fort Meyers, Florida in 1979, Justyn Farano‘s passion for sports and art began during his childhood as he started oil painting at the young age of 13. Influenced by sports-artists such as Stephen Holland, Farano’s art has evolved into it’s….. 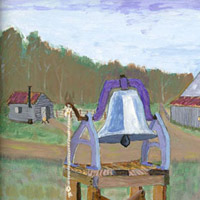 George W. Bush isn’t the Only Painter who Ran our Country Recently it’s come out that  Former President George W. Bush has spent his last two years painting and is now displaying his portraits and paintings at the George W. Bush Presidential Center in Texas. After some mixed reviews, general consensus is that he’s actually…..