May Artist of the Month - Aja Apa-Soura | Jerry's Artarama

May Artist of the Month – Aja Apa-Soura

An impulse. Surging through my being like some addictive substance from within the farthest reaches of my mind. Unavoidable and stubborn in its progression, it overwhelms and never fails to propel me towards the fresh opportunity ready and waiting at the easel…

Middle of the night, the world around me at quiet slumber, 75 watt overhead bulb illuminates the studio and glares in blood shot eyes. Maybe mix just a bit more cerulean in. No, prussian and just a dab of white….

The process is conscious yet subconscious — an image is rarely preconceived, but rather it materializes through each oil laden swipe of the knife. It’s rather chaotic in its conception in that traditional sketches and research are not only abandoned but ignored entirely. Spontaneity dominates the so-called creative “process”, yet the formula remains constant — atleast as constant as a spontaneous creative “process” will allow….

Ground and foreground interact with the spark and exhaustive release of a night spent. Melting together and separating at the shift of a hue, only to melt back into one another moments later. Pigments are chosen as a reflection of emotion as the contemplation evolves into being. Continued from corner to edge to corner and between, the white of the once fresh opportunity is devoured piece by piece, moment by moment. Window into a new dimension unveiled upon completion, its inhabitants emerging only after the scene has been set.

They journey through the contemplation, melting and resurfacing like the atmosphere in which they reside. Stepping further into the canvas, they entice their audience to do the same. Walk the path and consider the possibilities of the unknown. Consider the notions set forth by their seemingly blind journey toward an end undepicted. Consider something more….

Methodical yet frenzied, the creation comes to fruition in one continuous sitting, no matter how long that may take. Just as a thought lingers in the recesses of the mind until acknowledged or confronted, such is the character of the muse within. That impulse that craves satiation. So it shall be satiated…until tomorrow.

Palette knife comes to rest, mind slows to but a comfortable crawl. Eyes gaze upon the piece of my soul plucked from my subconscious like a Polaroid into my imagination. The silence of the early morning reminds me of my exhaustion. 75 watt bulb a mere memory. Sleep may now embrace me…. 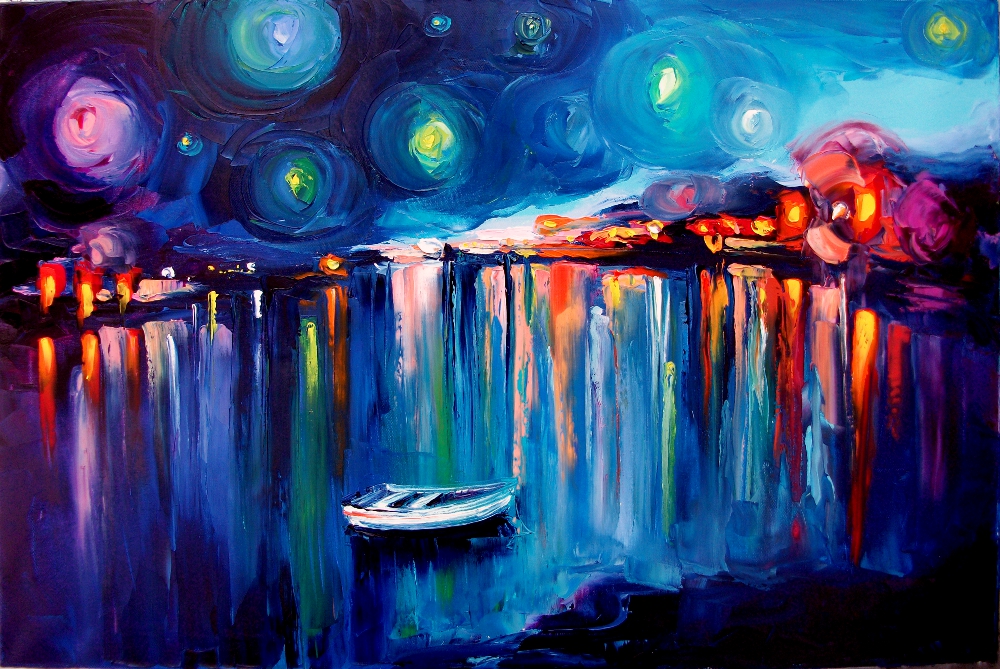 Although I’ve been painting since my age was measured in months (my mom, a toll painter, would give me scraps of wood from her projects, a cup of water, and a brush for me to “paint” with….) I really became serious with it in ’99 during my last years of high school. Resigned to my profession I was accepted to Montserrat College of Art on scholarship and concentrated on painting.

Sagittarius Gallery, my business, was started in April of 2003 and since then I have been blessed to have over 1000 patrons on 5 continents. I am a self-representing artist who utilizes the internet and social media to connect with patrons from across the world. Although I primarily sell my work through the net, I have shown at several galleries including at the World Monument Fund Gallery / Prince George Ballroom and Rogue Space in Manhattan, Karin Sanders Fine Art in Sag Harbor, NY, Robert Dowling Studios and Gallery in Bangor, ME, as well as a solo show at the Gallery and Grille in Newburyport, MA. Locally my work has been shown at The Broadway Art Center, Albany, and Fulton Street Gallery in Troy. I have also participated in several outdoor events including Art on Lark and the Stockade Arts Show in Schenectady. My work has been published in ArtNEWS, American Art Collector, and The World’s Finest Erotic Art vol. 2, has been licensed by McGaw Publishing, and I am a listed artist with Art in America.

I concentrate primarily on the female nude figure to convey my vision, but regularly explore a variety of subjects such as florals, urban cityscapes, abstracts, and landscapes. My tool of choice is the palette knife and my medium, pure, undiluted oils. I work out of my Scotia, NY home studio and welcome studio visits by appointment.

Thank you so much! 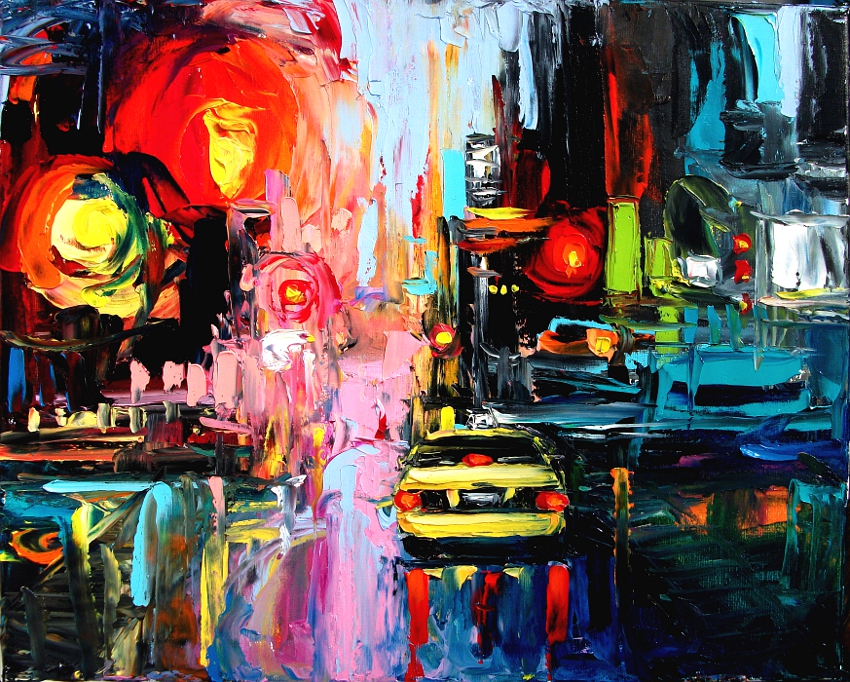 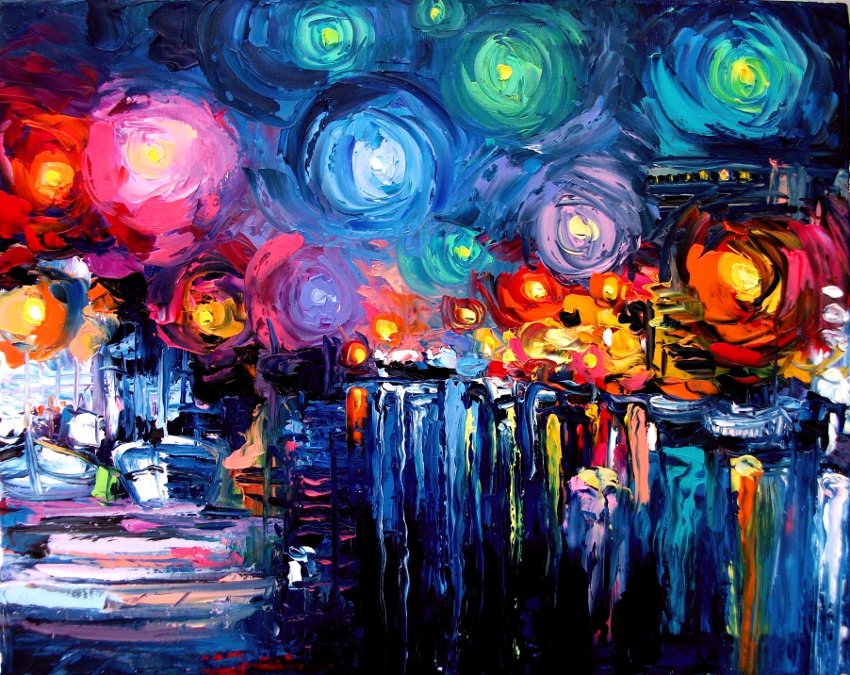