” My art is innate in my soul.Â  Creating something beautiful everyday andÂ bringing these imagesÂ to life on my canvas is not only my profession, butÂ my passion in life as well.Â The beautiful and compelling complexities of painting sultry, yet innocent womenÂ has always been my inspiration that fuels my work.”

Lauri Blank was destined to be a creative soul with a burning passion for art. Raised by an artistic mother who attended design school in NYC, and grandparents that are still performing musicians (well into their 80â€™s), Lauri was constantly engaged by creativity and artistic expression; the foundation of a future art career.

The worldâ€™s first acclaim of this talented artist came when she was just seven. Blankâ€™s Mother, having recognized the talent she possessed at such an early age, submitted Lauriâ€™s sketch of Betsy Ross to the local newspaperâ€™s bicentennial art competition. Her work placed first.

Looking to expand her artistic horizons, Lauri began experimenting with different types of media. A few years later, at the age of 12, Lauri was honored by The Norton Museum of Art who included her three-dimensional painting of a young woman aging slowly in their prestigious national exhibition.

Continuing on her path of creative exploration, Lauri became a successful model at 14, still painting whenever she could. Lauri absorbed all the written material she could acquire on the arts. She spent the next several years honing her skills privately while gracing the covers of magazines, catwalks and advertising campaigns. As is commensurate with most artistic souls, Blank wanted to move away and try something new; also in the field of art and design. Turning her creative sights on the fashion world, Lauri moved to Bogota, Columbia. After establishing her own couture dress design and manufacturing business, it seemed that the canvas beckoned for her return as each day abroad passed.

Lauri returned to the US and embarked on full time painting career, “I felt the need to create something new, each day, whether it was a painting, interior design, or classical music. You couldnâ€™t do that in fashion – once successful, the business becomes more about production and less about creativity.â€

As her talent grew, Blank found herself naturally drawn to the imagery and complexities of the human form. She especially focused on the female form, learning to capture its very essence on her canvas. Uninhibited by conventional or formal training, her talent took on an original life of its own. Blank’s artwork exhibits an unblemished romantic realism long forgotten by commercially driven, modern day trends. The appeal of her work is timeless. She continues to evolve her passion, taking great care in developing each individual composition. What is most remarkable is that she does not use live models. The images create themselves.

Her talents were immediately recognized by patrons in Washington D.C. and the Miami area, where she accepted numerous important commissions. And then in 1999, Lauriâ€™s career would take a different turn, one that resembled one of the masters she studied for most of her life. Lauri Blank was commissioned to paint the ceiling of an 18th century church in Old Montreal. For months, the artist worked day and night painting the Cathedralâ€™s ceiling while standing on scaffolding that had a five-story drop onto the marble floor below. It was the most magical experience she has ever had and is most proud of this work.

Blank received national coverage within Architectural Digest and her Old Montreal Cathedral work was featured on HGTV. She has been called “The Ft. Lauderdale areas own Michelangelo”.

Blank’s work has been exhibited in galleries throughout the nation. She receives frequent media attention and has appeared on numerous magazine covers throughout the Miami area. In 2002, Blank was selected as the artist for the 2002 Grammy Awards. Her “Post 911” Grammy work symbolized the patriotism of a nation blended with our love of music.

Lauriâ€™s style of melding the techniques and icons of the old master with todayâ€™s cultural ideology, has won her acclaim. Her powerful images, along with her passion and devotion jump off the canvas and transport the viewer into a by-gone era. Her own imitable style, which the artist refers to as â€œRomantic Figuratism,â€ brings a sense of peace and reflection to the modern day world. â€œThe passion in my heartâ€¦influences and fuels my love of art and my professionâ€ says Blank of her accomplishments. 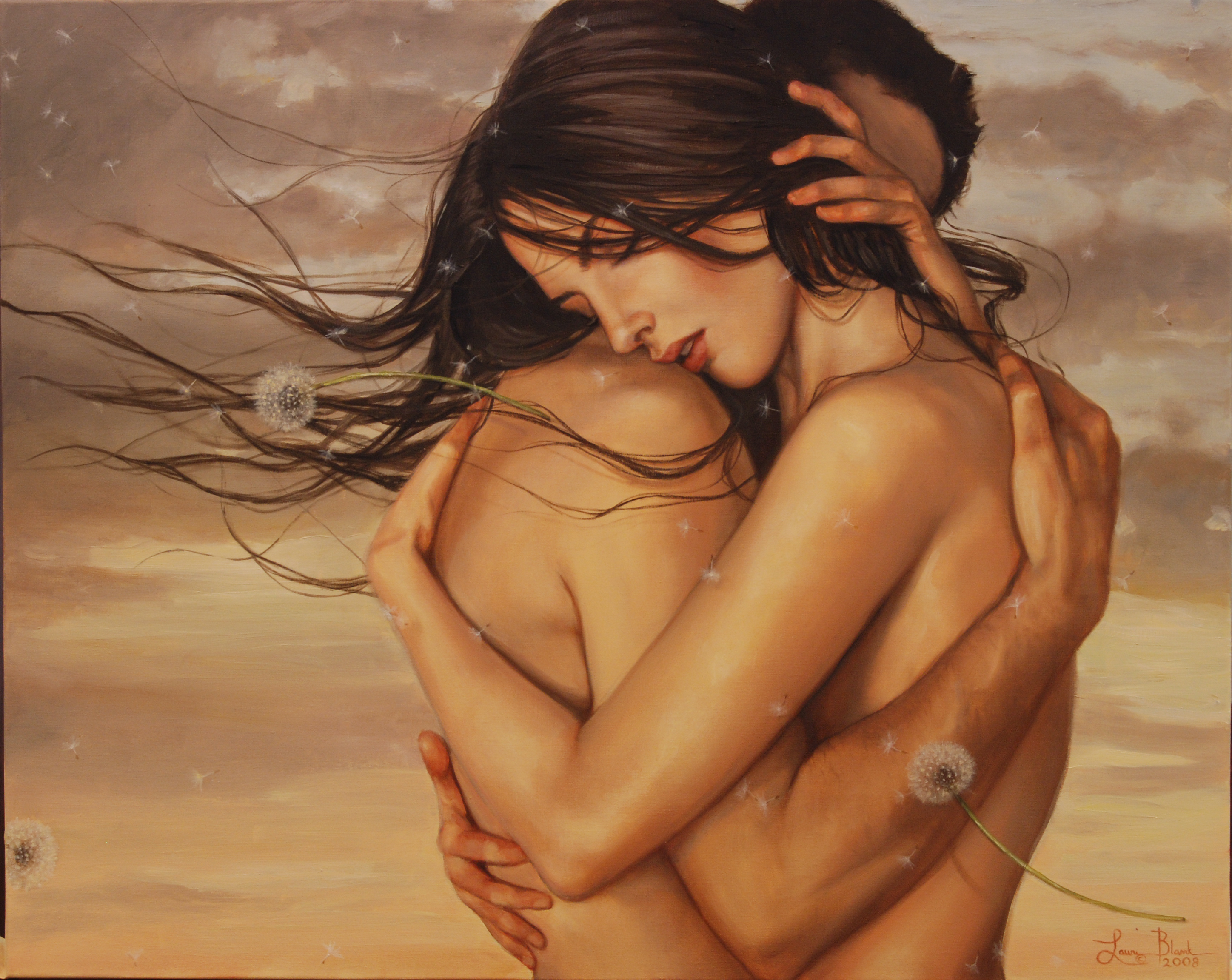 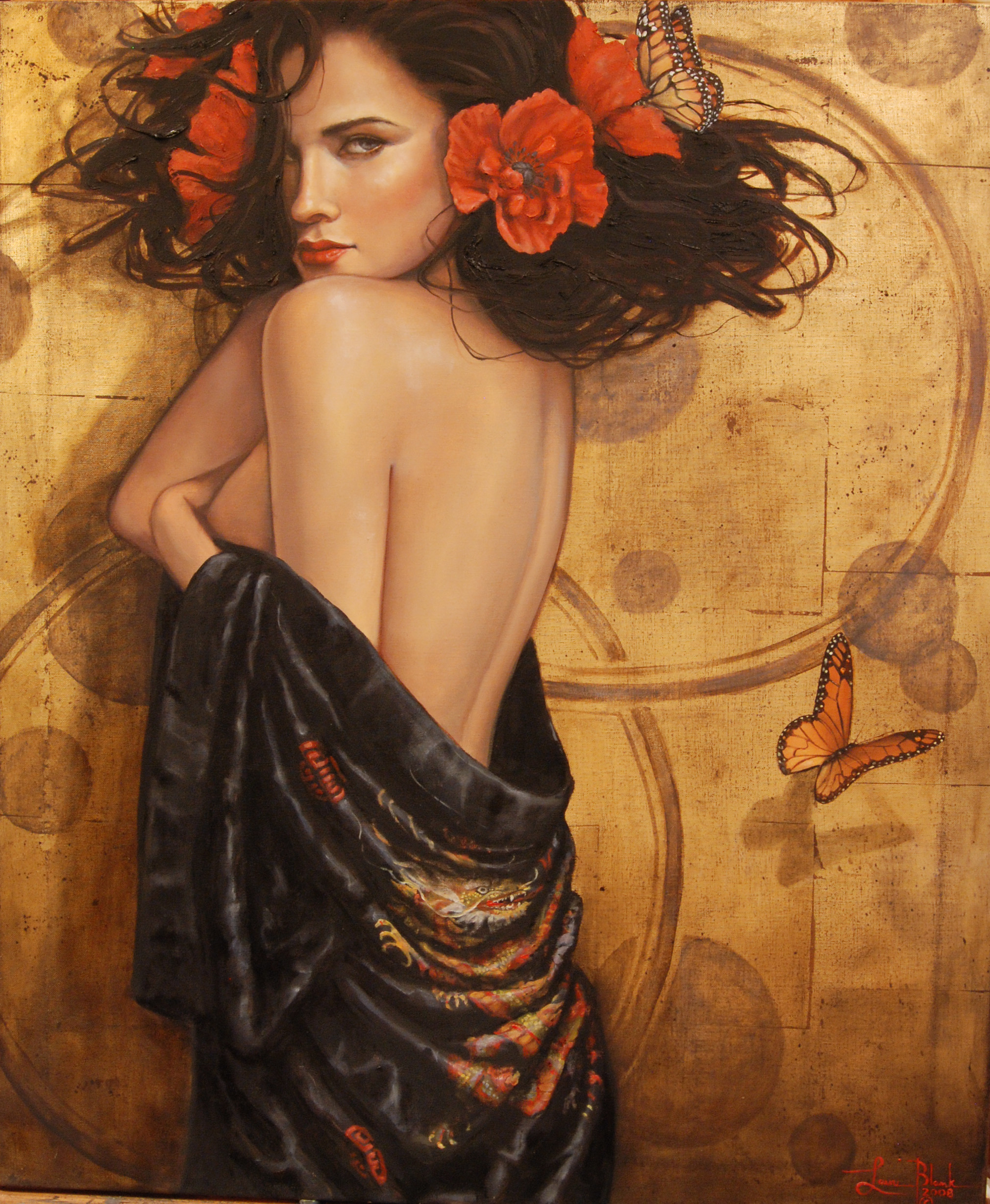