Amongst the hustle and bustle of collectors, cosplayers, comic enthusiasts, and artists, Jerry’s held several events including: 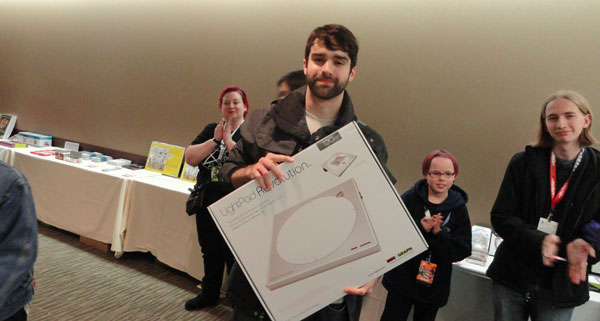 One lucky winner of an Artograph Lightpad

With the classrooms filled, Jerry’s teachers were able to teach fans, students and artists alike and learned tips and tricks of the trade from comic book legend and illustrator for games like World of Warcraft and Dungeons and Dragons, Mark A. Nelson. Several artists were given the the chance to sit down one on one with him during a special 90 minute master class where they learned comic illustration secrets and got to use the finest illustrative tools provided from Jerry’s Artarama like Marco Raffine Graphite Pencils, Prismacolor Brush Tip Markers, Strathmore Sketchpads, Vanish 4-in-1 Erasers and more for quality designs such as this one: 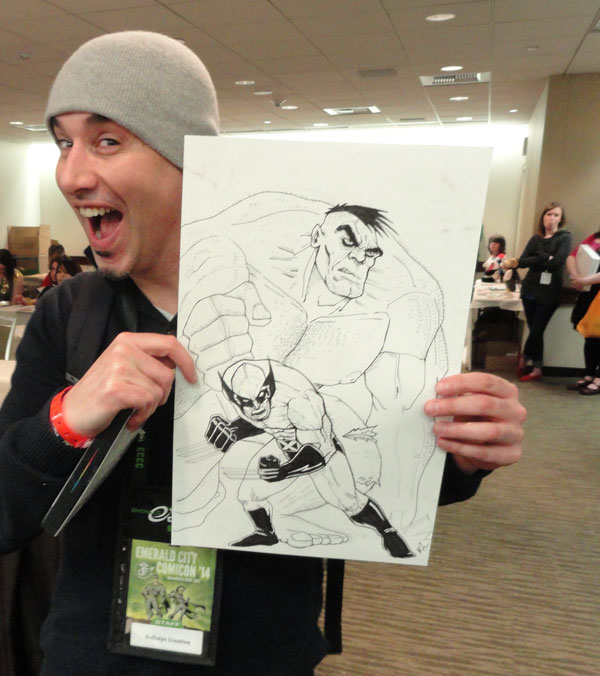 Overall, the event was a huge success with over 3000 visitors stopping in either for a class, to look and shop for supplies or create while inspired by all of the glitz and glamor of Emerald City Comic Con. To all of our teachers and visitors, we say thank you for stopping by and we will see you next year!