Earlier this year, Jerry’s Artarama took part in donating to the CHA’s (Craft and Hobby Association) 2014 Foundation Gala benefiting the Cre8time movement. The Gala, which attracted almost 300 attendees, was a huge success for the movement, which assists people in reclaiming the time to express their creativity. 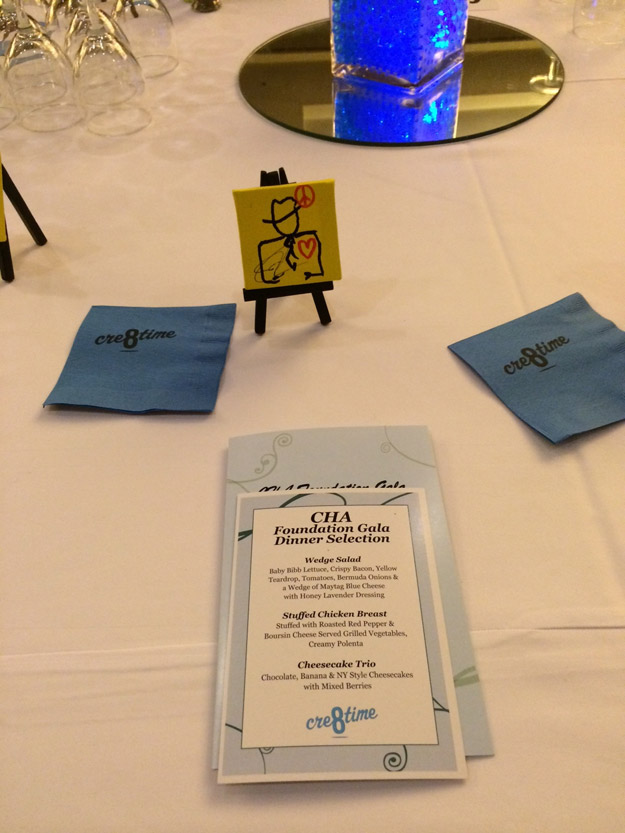 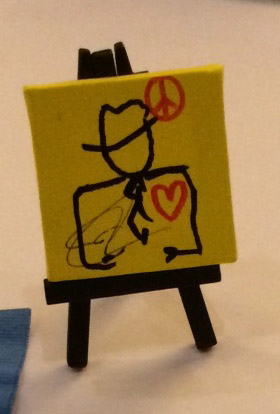 Jerry’s donated 300 Ultra Mini Artist Stretched Canvas and Easels, which were used as special table decorations and party favors. Each mini canvas was hand-painted by Sparr as part of an intertwined theme, along with a larger canvas that Sparr painted during his speech to match the mini canvases. The guests were allowed to take the mini canvases when the night was over to act as reminders of the inspiration provided by the Gala.

The mini easels and mini canvases are perfect for giving as a gift, decorations, or as a piece to a large mosaic multi-media collage. The edges of the canvases are stretched perfectly, so that you can even paint the edges for a frameless presentation on a wall display or as a display on the mini easel. These sets have been a huge success with professional artists and organizations.

Judith from Waldoboro Maine said “I gave donations to environmental organizations as presents this year, and I painted a small image of each animal (or trees) I helped by donating, in the recipient’s names. Thus my paintings were part of the gift. Everyone loved this and it made the donation more personal. Your little canvasses and easels were perfect, and I plan to do this again. Thank you!”

Success of the Gala

“Sparr’s message was important for all of us to hear and Jerry’s Artarama is proud to be a sponsor of the Cre8time movement.  Creativity is something that we all need more of,” Said Michael Marchetta, Director of Marketing for Jerry’s Artarama.

“The CHA Foundation Gala was a huge success, nearly 300 attendees celebrated a night of fun and inspiration that was encompassed by an awe inspiring speaker, awards presented for lifetime achievement contributions to the industry and a wonderful dinner ending the night with a fabulous band, singers and dancing! In addition, there was a very successful silent auction.” Said Gail Czech, CHA Foundation Development Committee Chair, “Thank you to all attendees, it was a very exciting evening.”