A birthday wish to a true master

If you saw the google homepage yesterday, you might have recognized a familiar face. Rembrandt Harmenszoon van Rijn is known as one of the greatest painters and printmakers in Dutch and European history and yesterday he would have turned 407 years old. So from all of us at Jerry’s Artarama, we want to say a big, (little-bit belated) “Happy Birthday” to one of favorite painters! (Self-Portrait with Beret and Turned-Up Collar, pictured right) 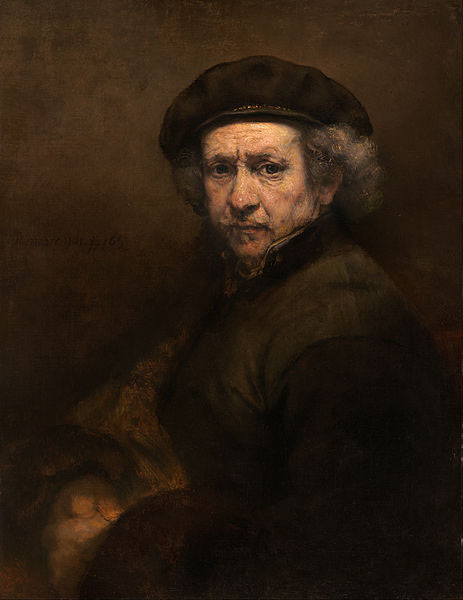 During the early 17th century, Rembrandt was well known for

Rembrandt’s style often captured a very close attention to detail and a high contrast of light and shadow.  His paintings are famous for their rich colors and well pronounced brush strokes. He often painted serious religious and allegorical themed paintings where he would sneak a small portrait of himself into the scenes. Meanwhile, his etchings often captured the natural drama of landscapes often with themes like oncoming storms and uprooted trees. 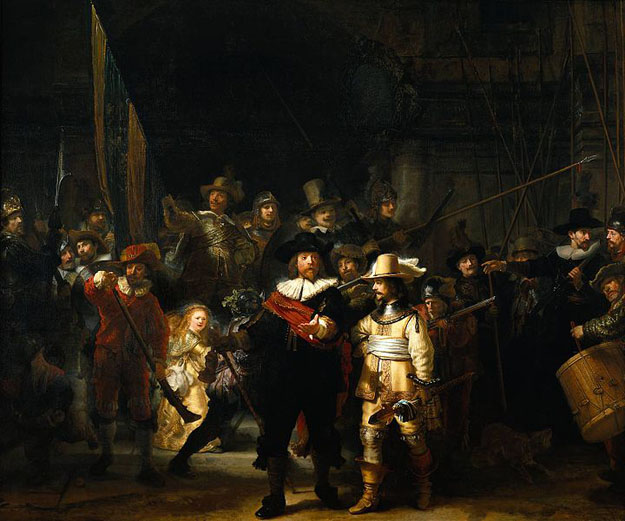 e of his more well-known paintings was The Night Watch (pictured left), in which Rembrandt broke conventions of painting a guard or company in straight profile. Instead, his perfect brush strokes captured a company preparing for a guard or mission, and because of the action and drama it captured, the painting was hailed as a huge success.

His portraits were also known to break convention by capturing realistic expressions on his subjects. Instead of a typical stoic portrait, Rembrandt chose to capture every tiny facial line and curve. His staggering at

ention to detail and use of shadows to juxtapose the lighter areas of the face managed to capture a realism not seen before. It is these perfect expressions he was able to capture which made him a master of his craft! (The Man with the Golden Helmet pictured Right)

And that is why we choose to celebrate him. He has left an amazing legacy and it can still be seen today. Jerry’s Artarama is proud to carry two great product lines named after Rembrandt Harmenszoon van Rijn. First our wonderful Rembrandt Extra-Fine Artist Oils which contain the same purest quality linseed and safflower oils that Rembrandt himself used, and our Rembrandt Soft Pastels, which can blend so perfectly that Rembrandt himself would have approved. So today we remember a true Art Hero. Happy Birthday Rembrandt!