Let’s Celebrate the Father of Impressionism! 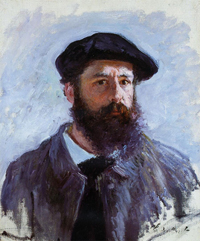 Monsieur Oscar-Claude Monet was born November 14, 1840, on the fifth floor of 45 rue Laffitte, in the ninth arrondissement of Paris. His biographies paint him as someone who strove to commit his life to his artwork. He entered a secondary Art’s Academy at the tender age of eleven and now long after began selling his artworks, caricatures, on the streets of Paris. Monet undertook his first drawing lessons from Jacques-Francois Ochard, a former student of Jacques-Louis David.

As a teenager, Claude Monet dabbled en plein air style of painting. Later in life his works of outdoor scenery would become the flagship of his success. His most crowning achievement being that he was a huge influence in the establishment of the impressionistic period of art. In fact, the term Impressionism is derived from the title of his painting Impression, Sunrise. 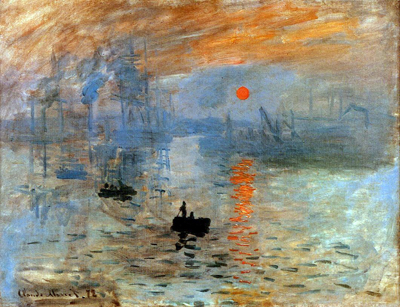 While the term Impressionism was originally meant as an insult to Monet’s work, but as time went by, Impressionists took on the name for themselves. Impressionistic works are typically characterized by short brush strokes of bright colors in immediate juxtaposition to represent the effect of light on objects or a manner of painting in which forms, colors, or tones of an object are lightly and rapidly indicated with little attention to detail.

Some facets of Impressionism, which Monet often emphasized in his paintings include:

Other “Impressionist” painters include such greats as Paul Cezanne, Edgar Degas, Edouard Manet, and Pierre-Auguste Renoir.

To celebrate this momentous birthday, Jerry’s would like to share the gift of the Traveling Monet French Easel, now at 52% off list price!  Made to the highest standards by skilled craftsman, this hand oiled wood easel holds a huge selection of supplies. Finally you can bring along a whole studio’s worth of art supplies, including everything from paint tubes, charcoal and drawing gear, to palettes, palette cups, painting knives and brushes to paint in the outdoors as Monet himself did!

We leave you with one of our favorite Monet paintings: A bridge over water lilies. 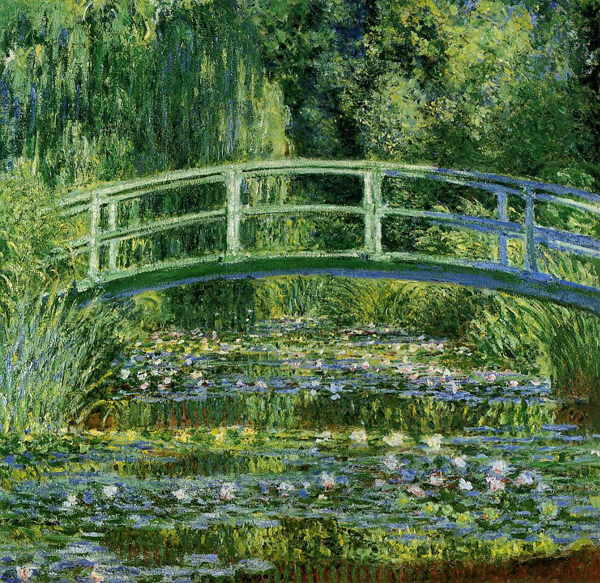