Did You Know- The Statue of Liberty | Jerry's Artarama

Did You Know- The Statue of Liberty 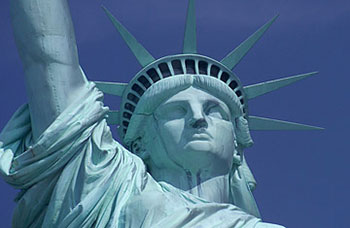 Did you know that the Statue of Liberty arrived at its permanent home at in New York Harbor on June 19th, 1885? That means that today is the 129th anniversary of the statue arriving on the French frigate Isere. Although thought more of as a monument than a piece of art, the Statue of Liberty is North America’s Largest Statue. Here are some other fun, interesting and intriguing facts about one of America’s most famous pieces of art: 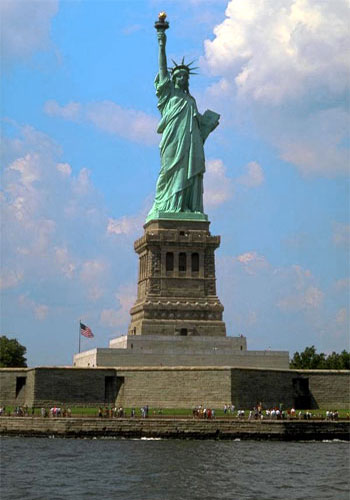 With conquering limbs astride from land to land;

Here at our sea-washed, sunset gates shall stand

A mighty woman with a torch, whose flame

Is the imprisoned lightning, and her name

Mother of Exiles. From her beacon-hand

With silent lips. “Give me your tired, your poor,

The wretched refuse of your teeming shore.

Send these, the homeless, tempest-tost to me,

I lift my lamp beside the golden door!”