Celebrities from Eric Clapton to Steve Martin, David Bowie to Brangelina, Leonardo DiCaprio are all investing in and collecting art! 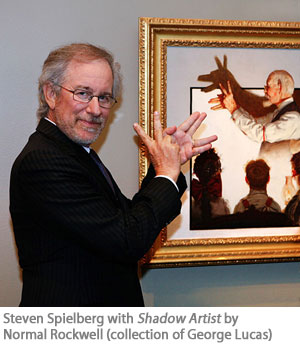 Over the centuries, artists have relied on patrons — wealthy people with good taste — to support their lives and art. Without patronage of the arts, the world may never have heard of the likes of Michelangelo or William Shakespeare. Yes — it’s been that important! But then, art became a commodity.

Paintings and fine sculptures were once displayed in places for all to see. For example, the art was on the ceiling of a cathedral, perhaps, or in the midst of an ancient plaza. At some point, someone said, “Oh, no, no. That can’t be left there. I’ll be needing that for display in my study.”

Art is so precious because it is so rare. In fact, with the exception of Warholian methods of mass production, no two pieces of art — even by the same hand — can ever be made exactly alike. As art became a privatized collection, it has only increased in value exponentially. Investing in art has become increasingly fashionable, particularly over the last decade. Art is a luxury asset, and a tangible one at that. Perhaps we can even infer that considering the recent downturn that intangible assets such as stocks and bonds have taken, it only makes sense that investors would be seeking an object they can actually hold onto. 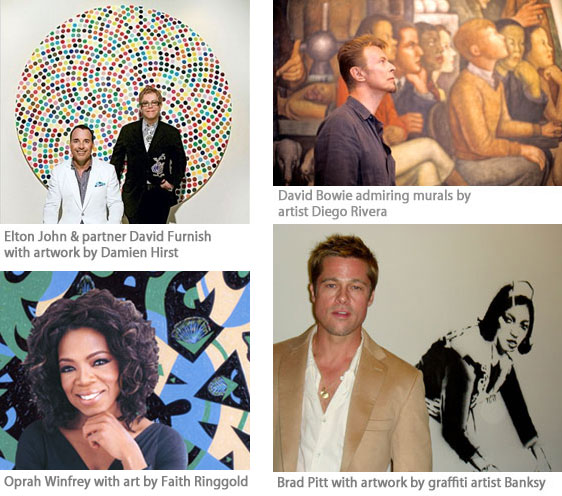 Financiers, celebrities, and royalty are becoming more and more ubiquitous in the salesrooms of the auction houses in London and New York. But the difference between this new kind of investment and the patronage of days gone by is that the art these high-profile people are collecting are pricey pieces from already-made names. Here’s a brief list of celebrities and the artists whose works they have purchased, just to illustrate this point:

Leonardo DiCaprio has decided to invest his millions into the art industry, he has been spotted at a various amount of Galleries, and Art auction houses. Leonardo was spotted viewing Andy Warhol’s ‘Flowers’ at the Eykyn Maclean gallery and later attended the Contemporary Art Auction at Christie’s Auction House. 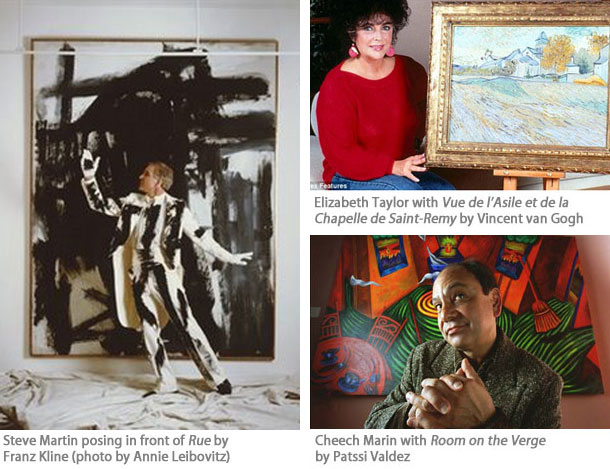 This is just a very small sample, but the point is that the works celebrities have purchased are iconic. And the fact that a celebrity has purchased these famous pieces increases the value of not only the art, but the artist as well. Values on these artists — Picasso and Hirst seem particularly popular — have really skyrocketed in the years following this trend.

But of all the celebrity purchases, none has been more newsworthy than Eric Clapton’s investment which recently made headlines. Clapton was worth around $200 million before he unloaded several paintings from his personal art collection at an auction. He walked away $30 million richer. Most notably, a piece by German painter Gerhard Richter sold for more than twice the listed price — the highest sum ever paid for a piece by a living artist! 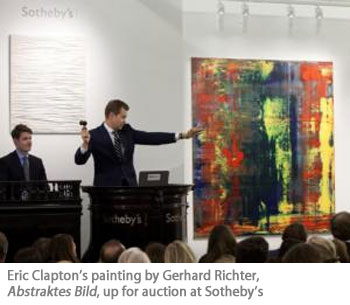 Interestingly, this may not have been the result of sheer luck or fortunate circumstance on Clapton’s part. The great guitar player studied at the Kingston College of Art in the early 1960s. Until recently, his investments were something of a side hobby when he had extra cash. For Clapton, his background knowledge earned him a 965% return on investment in just 10 years. Who says studying liberal arts doesn’t pay off?

What do you think? Is modern-day patronage of the arts a boon or a bane to professional artists?

Tell us about it in the comments below!

Know any other celebrities, famous art collectors and investors? Have more to add to the list? Please add them to the comments below.