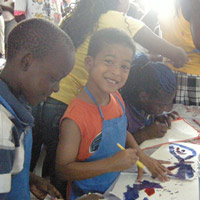 Changing Lives in Jamaica Earlier this month, a team from the Craft & Hobby Association went to Jamaica on a seven day trip to bring art supplies and materials from Jerry’s Artarama to hospitalized, poor and orphaned children. The organization, Caribbean Lifetime Missions, which seeks to fix the poverty problem in the Caribbean and parts….. 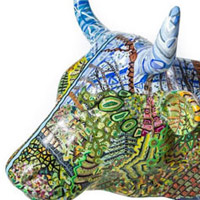 Jerry’s sponsors and purchases a painted cow to benefit the NC Children’s Hospital! This past fall and winter, Raleigh, NC played host to the internationally famous Cow Parade, a community-driven art event designed to benefit local charities or organizations. As Raleigh is the hometown of Jerry’s Artarama, of course we were excited to participate! Cow…..