World Soccer Tournament Attracts and Inspires Artists from Around the World

We all know that the 2014 World Cup in Brazil is the premier event for Soccer or Futbol, but how many of us think about it as a hub for world art?

Most events that bring the world together so dynamically such as this world wide soccer tournament will invariably invite a mix of cultures and experiences centered around a universal love of the game. This year, the FIFA 2014 World Cup Tournament has attracted art in many forms from street art to fine paintings for a variety reasons. Many artists are simply celebrating the tournament as artists show off their expertise and share their love of the game, players and nations participating.

The FIFA World Cup has also attracted lots of graffiti and street art this year. Murals such as this one have been popping up seemingly over night all over Brazil. This mural depicts people of many different countries and ethnicities holding up a world where the only country that exists (or matters in the case of this artist’s perspective) is Brazil. 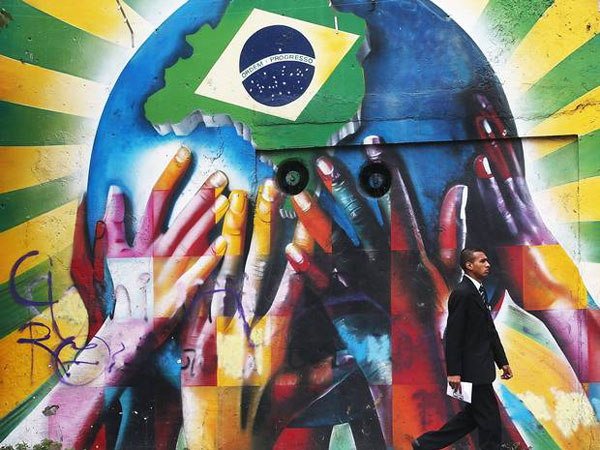 This next mural, located in Brazil, depicts famous futbol players from all over the world. Many more like this one have popped up in Rio de Janeiro, Sao Paulo, Belo Horizonte and other cities hosting visitors from around the world. The artist of this mural is unknown.

Even this piece has drawn the attention of the media and internet. With the global popularity of the 2014 FIFA World Cup, its no surprise that displays such as this are even springing up as far away as Odisha, India. This piece was created by sand artist Sudarsan Pattnaik. 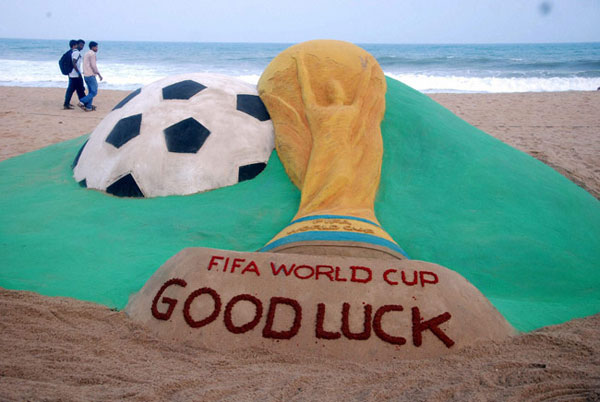 Does this kind of art work inspire you? We at Jerry’s Blog Squad recently ran an article about Sports Artist Justyn Farano who drew inspiration from famous athletes to create incredible portraits in Justyn Farano of Sports Art Illustrated in Jerry’s Artist Spotlight.

Have you created or plan on creating any artwork inspired by the 2014 FIFA World Cup Tournament? If you havent considered it yet, you should. Between the action, the vivid and bright colors, sportsmanship and cooperation between countries, there is more than enough inspiration to go around. If you feel so inspired, pick up your brush and grab some artist quality paint from Jerry’s like top brands SoHo Urban Artist, LUKAS and Charvin and paint something to commemorate this historic Soccer tournament.