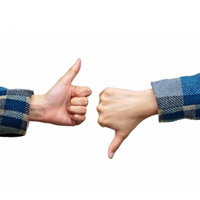 Are you SURE you want a critique? by M Theresa Brown

Critiques. If you are an artist, you cannot escape the universal  useage nor  overexposure of the word, “Critique.”  It is used randomly about the art world to the point where you either embrace the concept or reject it entirely.  In art,  Critiques are used in grade school, in art lessons,  art lecturers and schools of….. 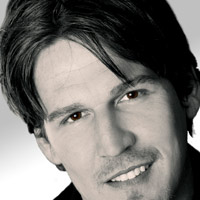 Raleigh, NC (May 18, 2011)//For nine  months in 2009 Raleigh documentary film director Robert King and his wife, Lisa created a film that followed the unique art-collaboration between three local artists: Georges Le Chevallier, Sean Kernick and Paul Friedrich. The result of this process is the film “3 the Hard Way”. Now, two years later…..

If I Sell out at this show, I won’t have enough art for the next one… by M Theresa Brown

I chatted with a potter recently about entering an upcoming show that I thought would be good for her.  She surprised me when she laughingly confessed that the previous year she had skipped that opportunity because she was afraid that she would have no time to re-stock her pottery when she sold out at the….. 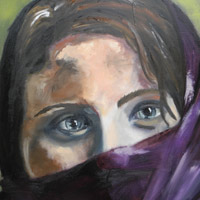 When I was in school, I got in ruts just like anyone else.  Sometimes you are just frustrated or uninspired.  But one of the great things about school is that you have teachers and classmates to inspire you.  I have written before about how different it is to paint after college.  You do  not have….. 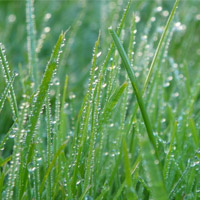 The dew on the grass was wet, the morning almost chilly, but Saturday, May 7 was our scheduled “Paint in the Garden” START (www.startart.com) class and we had a dozen people coming in at 10:00 am to learn or re-experience painting “Plein air” or from life outside at our studio. Right on cue, the sun….. 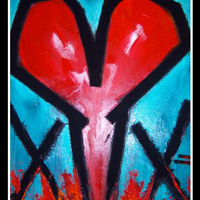 Come Out for a Great Cause!

Hello there blog friends!Come out for a great cause! Robert King is selling his “Alien in Love” series. Please join us at Lilly’s Pizza for First Friday, May 5th for a gathering of friends, beverages and Great Pizza 6pm-10pm. Each painting is for sale ranging from $400 – $824. Please contact Robert or Lisa King….. 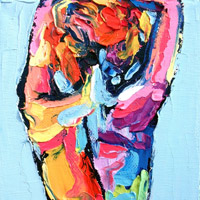 May Artist of the Month – Aja Apa-Soura

–Midnight Sonata — Artistic process and anti-process— An impulse. Surging through my being like some addictive substance from within the farthest reaches of my mind. Unavoidable and stubborn in its progression, it overwhelms and never fails to propel me towards the fresh opportunity ready and waiting at the easel… Middle of the night, the world…..