Shop Categories
Many years ago, Jack Richeson made the decision to develop and manufacture a top line of watercolor. It was in 1994 that he first consulted the late watercolor master, Zoltan Szabo. He consulted the Ralph Meyer book, the Hilary Page book and several books by Michael Wilcox. He had many discussions with several old Grumbacher color chemists and with the famous color maker, Jacques Blockx.
Six times he threw away all that he had done and started over. Finally, he started having long conversations with Stephen Quiller. Steve’s opinions ran very close to those of Zoltan Szabo’s. Although the two greats had different styles, strong threads tying the varying opinions started to surface. Jack then began to study the work of Tom Lynch, Chris Van Winkle, Tom Fong, and Milford Zornes. . . and after nine years and endless testing, a true professional watercolor line emerged.
Set Descending Direction
Set Descending Direction 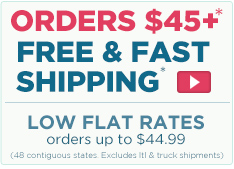