Shop Categories
This is a story not only of one of the greatest American oil colors ever produced—but of its master paint maker, inventor and artist, Carl Plansky. In 1987 he began making paint from a small plant in Williamsburg, Brooklyn. During much of his life he toyed with the idea of recreating paints that he had researched in Europe. For years he collected old-world recipes and experimented on a limited basis. He even bought paint in France from small paint houses that had made colors for Monet, Matisse and Cezanne. He not only analyzed the pigment, but also the coarseness of the grind so he could create the right grinding method for each color to enhance its natural beauty and luminosity. For instance, he grinds his siennas to be gritty to allow light to travel through the vehicle, exposing the rich, golden or mahogany undertones rather than just heavy, dull browns.
After Mr. Plansky had planned his grinding (on slow moving paint mills) he decided on his vehicle. Pure, premium, alkali-refined and pH balanced linseed oil is the only one he uses. He also makes paint in batches no larger than 5 gallons to insure maximum quality control and all ingredients are hand measured and each ounce of color is carefully scrutinized.
From his first batch of paint until today—his paint has been used by some of the world’s greatest artists. You can see paintings created with Williamsburg in the Metropolitan Museum of Art and MOMA in New York, the National Gallery in Washington D.C. and the Beauborg in Paris.
Set Descending Direction
Set Descending Direction 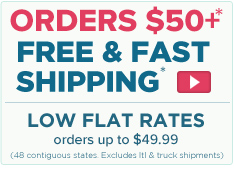